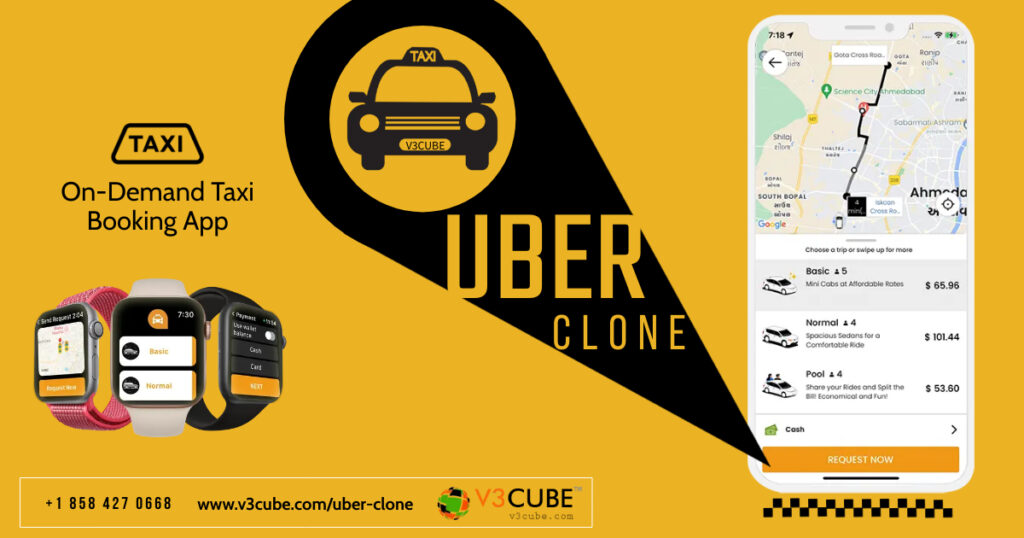 How To Launch An Uber Clone App? A Complete Guide

How can an app like Uber be created? Most often, developing a taxi booking app entails creating an Uber-like app, isn’t it? especially when using their business operations and strategy as a foundation.

You’ve heard of the term “uberisation,” which derives from the taxi-hailing service Uber. The company succeeded by embracing user behavior for efficient and inexpensive transportation. In operation for 12 years, Uber is still commonly used today. It is the most popular ride-sharing app and is available in 71 countries and 10,000 cities globally.

Five sub-steps in the Uber Clone App need to be made clear from the customer’s standpoint. To better understand how to create an app similar to Uber, let’s first look at how it works:

The first step is to create a trip request with the final destination. The user can see the upfront cost of a trip, which among Uber categories is also based on vehicle type.

Step 2: Confirm the trip. The user checks the information and the pick-up location.

Matching with a nearby, available driver is step three. A driver has the option of approving or rejecting a request.

Step 4: After the ride is over, the payment process is completed automatically in the app. The user must first link their PayPal account, credit or debit card, Android or Apple Pay, and other accounts. The user may also alter the taxi service’s default tip.

Step 5: Ratings are essential to the Uber app’s business and are sought following each cab journey.

Step By Step Process To Make An App Like Uber

We want to be crystal clear about the steps required in building the project concept and putting it into practice before we examine the technical specifics and features of developing an Uber-like app.

The following guidelines will help you efficiently get ready to create an app that is similar to Uber:

• Create a business plan based on the demand for your specific application that is similar to Uber. Following a demographic analysis and selection of your primary target market, design your Uber-like service around their requirements.

•Describe the USPs of your Uber-like app and why you think it is important to develop a service that is similar to Uber. Establish the platforms and essential components for upcoming applications.

•Hire a professional app development company like V3Cube that has a tonne of expertise and skills.

In addition to flawless technological execution, it is crucial to think about how to make an app like Uber beautiful and user-friendly. The UX/UI Design is then put into action in this situation. The following broad suggestions are made with the design of apps like Uber:

It’s crucial to remember that the Uber app uses dynamic pricing, which at first prompted criticism. This pricing model is based on surge pricing, which considers factors including the number of drivers available, the season, and traffic conditions. This kind of pricing is widespread among other services like Airbnb, hotel booking sites, and others with a limited supply because many customers are prepared to pay more to use the service.

What Is The Price Of Developing An Uber Clone App?

Making an app like Uber can cost a lot of money because software development is a complicated process. The price will depend on the following things:

The following services would raise the price of developing an Uber-like app:

The time is now to start working on your app idea. The app industry is growing at an unheard-of rate and is fundamentally altering how people live. In less than ten years after launching an app with the straightforward goal of offering taxi services, Uber’s worth reached $100 billion! You should concentrate on creating and launching your app concepts as more rivals enter the market during the ensuing years. If you want to build an Uber-like service, the next ten years will define your fate, so keep that in mind! Therefore, act right now. “Quick and clever wins the race” has taken the place of the adage “slow and steady wins the race.”